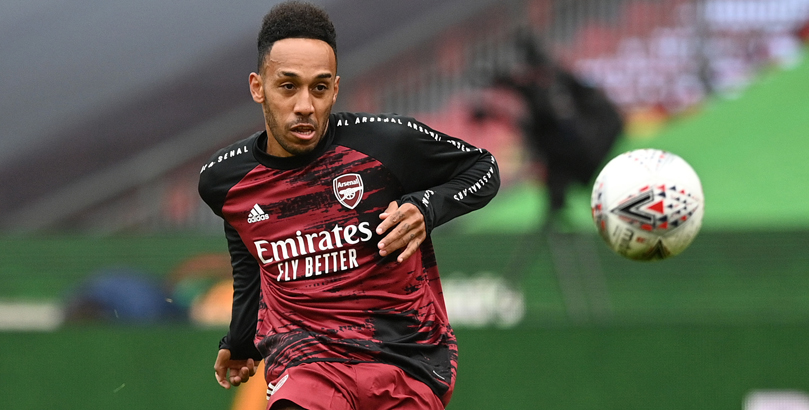 Arsenal’s poor run of Premier League results away to elite-level clubs continued at Manchester City but they showed enough to suggest they can beat Leicester on home turf.

The Foxes have put in a couple of disappointing domestic displays since enjoying a fast start to the season and are struggling with injury problems.

We’re happy to go with 91/100 for the Gunners to prevail with our first Arsenal vs Leicester prediction.

Arsenal have now gone 29 games without a Premier League road win versus one of their fellow ‘big six’ members after losing 1-0 at Etihad Stadium.

Raheem Sterling’s 23rd-minute goal proved the difference, but the Blues needed Ederson to make key saves from Bukayo Saka and Pierre-Emerick Aubameyang in the first half.

Mikel Arteta admitted he was frustrated to come away empty handed against his old club, but took encouragement from the performance.

“I felt we kept growing and growing with more belief that we could get something from it,” he said.

“I’m extremely proud about the way we played individually and collectively, to put in that performance in this stadium is not an easy thing to do.

“You need everything to go your way to get a win here. When you have three or four big chances, you have to put them away because you know that will be the case in your box.”

Arsenal tasted defeat when visiting Liverpool last month too, but have picked up maximum points from their other three top-flight fixtures.

The Gunners also prevailed 2-0 when visiting the Foxes in an EFL Cup tie, so the omens look good for a return to winning ways.

Early dominance has been hard to come by, though, so 4/1 for Draw HT/Arsenal FT appeals from the Arsenal vs Leicester odds.

Leicester’s flying start came to an abrupt end when they were crushed 3-0 by West Ham before the international break and the Foxes returned to action with a 1-0 loss to Aston Villa.

Ross Barkley’s added-time strike in a game low on quality made it back-to-back home defeats for Brendan Rodgers to mull over.

Jamie Vardy should quickly recover from a calf injury, but centre-back Caglar Soyuncu is likely to be out for three months with a groin problem sustained on duty with Turkey.

Right-back Ricardo Pereira and midfielder Wilfred Ndidi are others still on the sidelines.

Reflecting on the Villa match, Rodgers said: “I thought we were the better team in the first half, got through them really well, but we didn’t quite have that pass of quality.

“Second half it became a little bit more basketball and it is not that type of game we wanted.”

Vardy does have an outstanding record versus Arsenal, scoring 10 times from as many meetings with them, so his return will be significant.

Even so, we favour 12/5 for a home win and both teams to score for our Arsenal vs Leicester betting tips, along with 31/4 for the Gunners to prevail 2-1 for the third time this term.