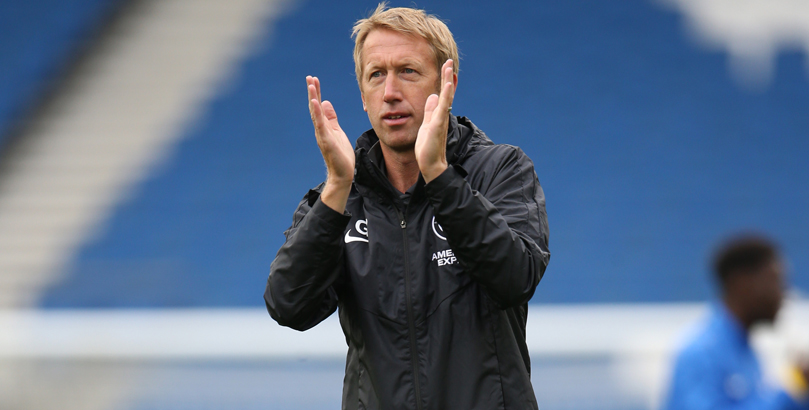 Brighton begin the latest round of fixtures just one place above West Brom and will be keen to start climbing the table when the teams meet on Monday evening.

The Seagulls have been performing better than their league position suggests and are unfortunate to only have four points, while West Brom look set to be in a fight against relegation all season.

This is a chance for Graham Potter’s men to show they are a cut above their visitors so a home win by more than one goal at 19/10 is our opening Brighton vs West Brom prediction.

A Look At Brighton and Hove Albion’s Betting Odds

Brighton left it late to rescue a share of the spoils against Crystal Palace last weekend but a point was the least they deserved.

With Albion on the verge off an unjust defeat to their bitter rivals, Argentina midfielder Mac Allister picked a timely moment to claim his maiden Premier League goal by firing in from the edge of the box.

Wilfried Zaha had looked set to be the Seagulls’ nemesis once again by putting the Eagles on course for victory with a first-half penalty but that proved to be Palace’s only attempt at goal all afternoon.

Potter said: “(I am) really pleased for the players that we get something from the game in terms of a reward because we tried everything, but probably a little bit disappointed we didn’t get three points.”

Brighton also gave a decent account of themselves in defeats by Chelsea, Manchester United and Everton while the 3-0 win at Newcastle proved what they are capable of on their day.

That was their only clean sheet though and captain Lewis Dunk is banned following his red card at Selhurst Park, so a home win and over 2.5 goals appeals at 8/5 in the Brighton vs West Brom odds.

West Brom remain without a win since returning to the Premier League but at least doubled their points tally with their second draw of the campaign last weekend following a goalless stalemate with Burnley.

New signing Karlan Grant almost made a dream debut but had a goal disallowed for offside, while the Baggies survived a scare when Chris Wood should have won it for the visitors but hit the crossbar in the second half.

West Brom boss Slaven Bilic was desperate to get a first win and made six changes, including handing former Chelsea defender Branislav Ivanovic a league debut for his first top-flight appearance in almost four years.

“It was a fair result, it’s not what we were looking for and our line-up and philosophy showed that,” said Bilic.

“I told the guys to take this positively because I saw a big team effort, really good basics and organisation and the guys gave me everything.”

The pressure to get that first win should ensure an open game but Brighton’s extra quality can give them the edge so a 2-1, 3-1 or 4-1 victory gets the nod at 7/2 as our final Brighton vs West Brom prediction.

Most exciting NBA free agents in 2020
Burnley vs Tottenham: Spurs too hot for struggling Clarets
Author