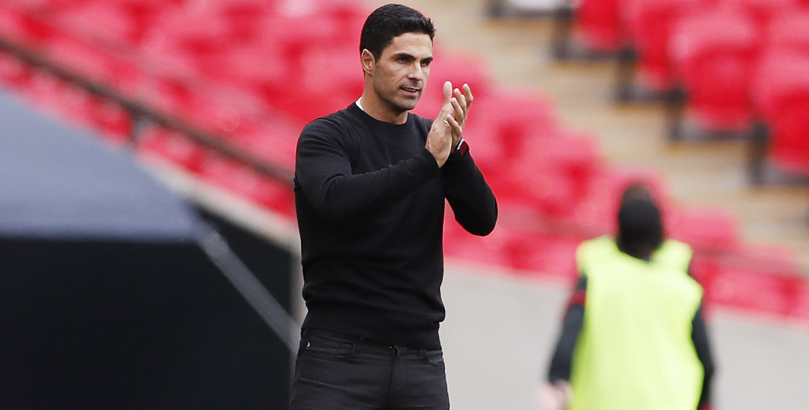 Arsenal may be struggling in the Premier League but Mikel Arteta’s men are sitting pretty in their Europa League pool with maximum points from four games.

Rapid Vienna kept their hopes of qualifying alive with a couple of wins over Dundalk but do not usually travel well in this competition.

Before visiting Ireland, they had lost eight of their 10 previous Europa League away matches, failing to score in half of those fixtures.

We’re snapping up 31/20 for a home win to nil as our first Arsenal vs Rapid Vienna prediction.

Arsenal’s domestic woes worsened with a 2-1 loss to Wolves at this venue, a result which left them 14th in the table.

However, the Gunners have found this tournament a welcome distraction, starting out with a 2-1 win over Rapid in Austria.

Bernd Leno’s mistake gifted Taxiarchis Fountas the opener that night, but David Luiz and Pierre-Emerick Aubameyang turned it around.

Arsenal then eased to a 3-0 victory over Dundalk in London, before beating Molde 4-1 at home and 3-0 away.

Losing Thomas Partey to injury is a blow, but this is still a good chance for the Gunners to boost morale before Sunday’s north London derby versus high-flying Tottenham.

Looking at the Arsenal vs Rapid Vienna odds, we like 91/100 for the hosts to prevail by more than one clear goal.

Rapid followed up their opening loss to Arsenal by going down 1-0 against Molde in Norway.

Dietmar Kuhbauer’s side then made incredibly hard work of beating group outsiders Dundalk 4-3 in Austria, conceding two penalties in that game.

Ercan Kara’s double helped Rapid to claim a more routine 3-1 triumph in Ireland, but that result came in between two disappointing domestic efforts.

The green and whites went down 4-3 at Ried and were held to a 1-1 draw when hosting Austria Vienna.

Greece forward Fountas could be a threat, but the loss of captain Dejan Ljubicic to injury has left Rapid’s midfield vulnerable.

The visitors may prefer to save themselves for next week’s crunch clash with Molde in the race to finish second in this section.

Let’s add 15/2 for a smooth 2-0 home win to our Arsenal vs Rapid Vienna betting tips.