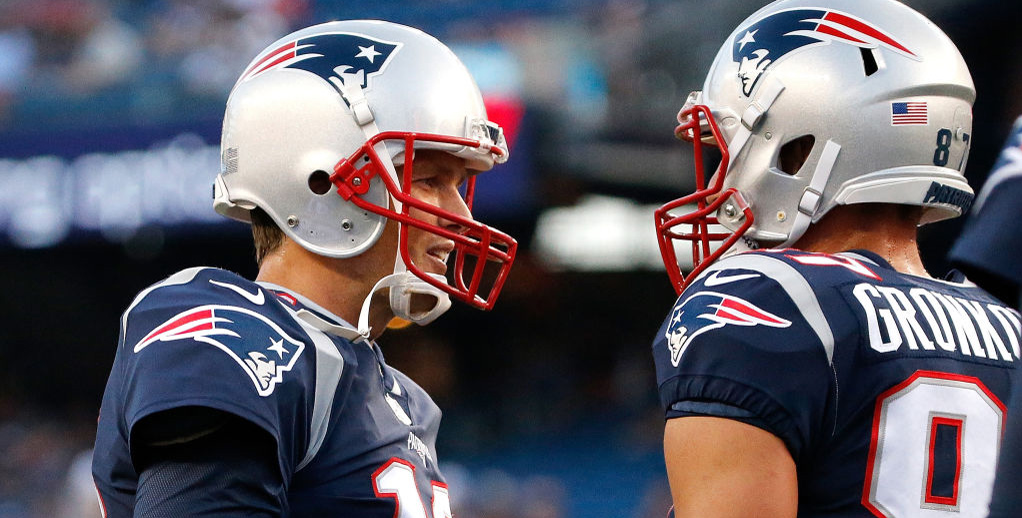 Think the Patriots will win? BET HERE! Can the Chiefs cause an upset? BET HERE! Explore all bets

It was 214 days ago when the New England Patriots lifted the Lombardi Trophy and, as they prepare to begin their title defence against the Kansas City Chiefs, Bill Belichick’s men have only strengthened since, writes Liam Blackburn.

The Pats rallied from 28-3 down in Houston to produce one of sport’s greatest ever comebacks and defeat the Atlanta Falcons to secure their fifth Super Bowl success in 16 years, and the defending champs are runaway favourites to get back to the big dance in February.

Quarterback Tom Brady, now 40, is blessed with a fit-again Rob Gronkowski and in free-agent signing Brandin Cooks he has a big-play wide receiver that offers an element to the attack that has been missing since the days of Randy Moss almost a decade ago.

Most of the defensive talent returned and cornerback Stephon Gilmore was added to further bolster that unit.

So for a Kansas City Chiefs team that has lost their last six visits to Foxborough, it is a tough ask against a team as short as 11/50.

Master tactician Belichick has had months to prepare for this game and the Patriots have only lost one of their past 13 opening games under their long-time head coach, so the first of our Patriots-Chiefs betting predictions is for them to be leading at the interval and finish the job in the second half at odds of 31/50.

Picking an anytime touchdown scorer in this New England team becomes a lot more difficult now Brady has an array of weapons.

As anyone who plays fantasy football knows, trying to predict which Patriots running back will have a big week is hard to determine, though Mike Gillislee (11/10) is expected to get the carries near to the goal-line.

With the Chiefs fairly weak against the run last year, this could be a game where Dion Lewis explodes so he has some value at 12/5.

Stay close to the action with the bwin Sports app. Access more markets than any other betting provider and scan our in-depth football statistics menu to find and make your bet selections fast. Download now.

Rob Gronkowski to score a touchdown @ 3/4

Chris Hohan to score a touchdown @ 6/5