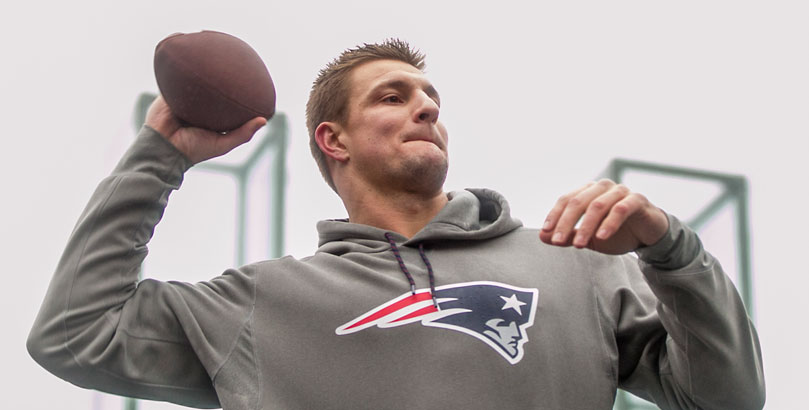 As NFL teams prepare for the new season, we’re taking an early look at the Super Bowl 2018 winner odds and have picked out three selections for punters to follow.

With the draft done, free agency moves made and the fixture list revealed, gridiron fans can get stuck into the ante-post market on the Super Bowl LII winner.

Minnesota will host the deciding match on February 4 as the AFC and NFC champions battle it out for glory.

The New England Patriots pulled off a stunning comeback to edge out the Atlanta Falcons in last season’s final and are now just one behind six-time winners Pittsburgh Steelers in the list of all-time victors.

Our NFL betting tips expert Liam Blackburn has selected a favourite, a mid-range pick and an outsider to consider this term:

The defending champions have only got better since claiming their last ring, adding major pieces on both sides of the ball, including wide receiver Brandin Cooks, cornerback Stephon Gilmore and defensive end Kony Ealy, while the return to fitness of awesome tight end Rob Gronkowski will add another dimension.

Oakland were set to be New England’s biggest challenge in the AFC last year until quarterback Derek Carr, in the midst of an MVP-calibre season, went down injured, so expect them to be contenders again, especially with ex-Seattle running back Marshawn Lynch now on board.

This NFC South team finished 2016 strongly, beating Seattle and winning in Kansas City, and they have since added a slew of impressive free-agent signings, including DeSean Jackson, who can help exciting young quarterback Jameis Winston take the next step.

Stay close to the action with the bwin Sports app. Access more markets than any other betting provider and scan our in-depth football statistics menu to find and make your bet selections fast. Download now.