Emma Raducanu and Leylah Fernandez have stunned everyone by reaching the US Open final but which tennis princess will complete their fairytale in New York?

Canadian starlet Fernandez can boast the bigger scalps at Flushing Meadows, but Raducanu has been visually more impressive.

We’re siding with the British prodigy to prevail at 8/13 for our first Raducanu vs Fernandez prediction.

Raducanu, who was actually born in Toronto but moved to England at the age of two, gave everyone a glimpse of her potential when reaching the fourth round at Wimbledon before the occasion seemed to get the better of her.

The 18-year-old had to come through three qualifiers just to make the main draw at Flushing Meadows but did so with the minimum of fuss.

Raducanu had a stroke of luck when her intended first-round opponent, last year’s semi-finalist Jennifer Brady, pulled out through injury and she made short work of lucky loser Voegele.

Zhang Shuai was then beaten 6-2 6-4 before an extraordinary performance against Sara Sorribes Tormo, an in-form player ranked 41 who was thrashed 6-0 6-1.

Shelby Rogers had defeated top seed Ashleigh Barty in round three but Raducanu handled her debut at Arthur Ashe Stadium with aplomb, cruising through 6-2 6-1.

Belinda Bencic had won 13 of her 14 previous matches and got off to a fast start but eventually succumbed 6-3 6-4 and Greek 17th seed Maria Sakkari, renowned as a fierce competitor and an experienced campaigner, went down 6-1 6-4 in the semis.

Raducanu, who is one victory away from becoming Britain’s first female grand slam winner since Virginia Wade won Wimbledon in 1977, said: “I think being young, there is an element of you do play completely free.”

If she can maintain that fearless approach in the final, 13/10 for a 10th straight 2-0 victory appeals from the Raducanu vs Fernandez odds.

Montreal-born 19-year-old Fernandez has swept past a host of big names to set up the first all-teenage decider since Serena Williams beat Martina Hingis in 1999 – before this year’s finalists were even born.

Despite being ranked just 73 in the world, she reached the semis by seeing off defending champion Naomi Osaka, 2016 winner Angelique Kerber and fifth seed Elina Svitolina.

World number two Aryna Sabalenka was added to the list of surprise victims in a dramatic three-set clash with a 7-6 6-4 4-6 victory in two hours and 21 minutes.

Fernandez had the crowd firmly behind her and the roar inside Arthur Ashe Stadium as Sabalenka sent the final point long could probably be heard in her hometown in Quebec, a neighbour of New York State.

She said: “I think I’ve been doing some incredible things. It’s like I think one word that really stuck to me is ‘magical’ because not only is my run really good but also the way I’m playing right now.

“I’m just having fun, I’m trying to produce something for the crowd to enjoy. I’m glad that whatever I’m doing on court, the fans are loving it and I’m loving it, too. We’ll say it’s magical.”

Fernandez already has a fantastic pedigree, reaching the 2019 Australian Open girls’ singles final before winning the French Open equivalent, plus she has a WTA Tour title on her CV from March at the Monterrey Open.

All that will count for nothing if Raducanu continues hitting the ball as cleanly as she has done so far, though.

Let’s finish off our Raducanu vs Fernandez betting tips by taking 5/1 for the Brit to win the first set 6-3. 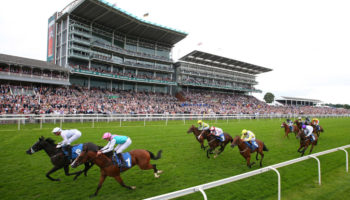